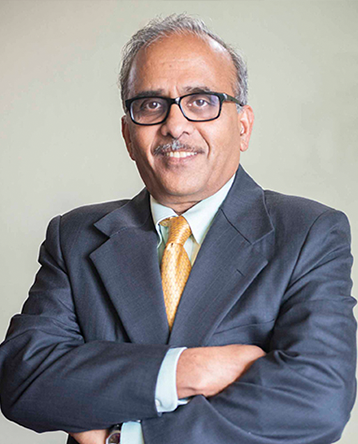 Kumar’s research interests include computer vision and pattern recognition algorithms and applications and coding and signal processing for data storage systems. His publications include the book Correlation Pattern Recognition, twenty-two book chapters, more than 410 conference papers and 210 journal papers. He is also the co-inventor of 12 patents. He served as a topical editor for Applied Optics and as an Associate Editor for IEEE Transactions on Information Forensics and Security. Kumar has served on many conference program committees and was a co-chair of the 2008-2010 SPIE conferences on Biometric Technology for Human Identification, a co-program chair of the 2012 IEEE Biometrics: Theory, Applications and Systems(BTAS) conference and a Program Committee co-chair for the 2015 International Conference on Biometrics(ICB). Kumar is a Fellow of IEEE, SPIE, OSA, IAPR (the International Association of Pattern Recognition), AAAS and the National Academy of Inventors (NAI). In 2003, Kumar received the Eta Kappa Nu Award for Excellence in Teaching in the ECE Department at Carnegie Mellon and the Carnegie Institute of Technology’s Dowd Fellowship for educational contributions, and he was a co-recipient of the 2008 Outstanding Faculty Research Award in Carnegie Mellon’s College of Engineering. In 2019, the CMU College of Engineering selected him as the inaugural recipient of the College of Engineering’s Faculty Outstanding Service Award.

Allen Robinson has been named the next director of CMU-Africa, effective January 1, 2022.

The 8th annual CMU-Africa graduation ceremony took place on Sunday, May 23, celebrating this year’s graduating class of 66 graduates from 12 different countries in Africa.

Carnegie Mellon University (CMU) CyLab and CMU-Africa have established the CyLab-Africa initiative, which aims to improve the cybersecurity of financial systems in Africa and other emerging economies.

CMU-Africa Director Vijayakumar Bhagavatula particpated in a panel disussion on “An innovation in ‘excellence’—new concepts from Africa” at the World Academic Summit in September.

Bhagavatula to be program committee member

CMU-Africa’s Vijayakumar Bhagavatula is a program committee member at the 2021 Winter Conference on Applications of Computer Vision (WACV).

Bhagavatula quoted on collaboration across universities

When the Government of Rwanda implemented a nationwide lockdown because of coronavirus, CMU-Africa transitioned to remote learning in less than a week

CMU-Africa celebrates the opening of its new location within Kigali Innovation City, where students can interact directly with surrounding industries to experiment, to innovate, and to build solutions that will impact the continent.

Researchers from Carnegie Mellon University’s College of Engineering share what they have learned about artificial intelligence while working in the field.