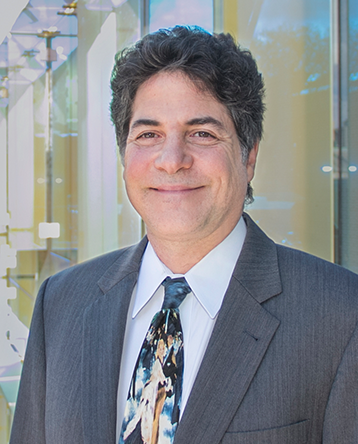 Jon Peha is a full professor at Carnegie Mellon. He has addressed information networks from positions in industry, government, and academia. In government, he served at the Federal Communications Commission as chief technologist; in the White House as assistant director of the Office of Science & Technology Policy, where he focused on telecommunications and research; in the House Energy & Commerce Committee, where he was responsible for telecom and e-commerce issues; and at USAID, where he helped launch and lead a US Government interagency program to assist developing countries with information infrastructure. In industry, he has been chief technical officer for three high-tech companies, and a member of technical staff at SRI International, AT&T Bell Laboratories, and Microsoft. At CMU, he is a professor in the Deptartments of Engineering and Public Policy, and Electrical and Computer Engineering, and is the former associate director of the university’s Center for Wireless & Broadband Networking. His research spans technical and policy issues of information networks, including spectrum management, broadband Internet, wireless networks, video and voice over IP, communications for emergency responders, universal service, privacy, secure Internet payment systems, online dissemination of copyrighted material, and network security. Peha holds a Ph.D. in electrical engineering from Stanford, and a B.S. from Brown. He is an IEEE Fellow and an AAAS Fellow, and was selected by AAAS as one of 40 “Featured AAAS Science and Technology Policy Fellows” of the last 40 years (“40@40”). Peha has received the FCC’s “Excellence in Engineering Award,” the IEEE Communications Society TCCN Publication Award for career contributions, and the Brown Engineering Medal.

“There are a lot of people on both sides of this argument, who have been discussing what consumers need, but nobody has asked consumers in a rigorous kind of way. So, we launched this study, which I believe is the first large-scale study to find out what consumers really want.”

CyLab researchers have conducted a large-scale user study of more than 2,500 participants, uncovering the information most important to consumers shopping for broadband internet service and determining what terminology and presentation formats make this information most understandable and useful.

Peha interviewed about internet performance during the pandemic

EPP’s Jon Peha was interviewed about a recently-published study about how internet service providers handled increased demand caused by the pandemic. While fast download speeds were maintained, the upload speeds integral to videoconferencing stalled.

Internet performance during COVID not as great as many say, study shows

Internet performance suffered substantially during the COVID-19 pandemic, according to a new study by researchers in Carnegie Mellon University published this week in the Journal of Information Policy.

CyLab/EPP’s Jon Peha was quoted by Bloomberg on upload speeds and broadband internet.

A battle over call routing practices heats up as demand for conferencing services stress telephone networks: “I think the FCC may need to reconsider (closing certain loopholes) in the middle of a pandemic that’s forcing people to work from home,” says ECE/EPP’s Jon Peha to IEEE Spectrum.

Amid the COVID-19 global pandemic, businesses are urging employees who are able to work from home to do so. CyLab/EPP/ECE’s Jon Peha tells The New York Times that “...there is a risk that usage will surge and capacity will be inadequate and performance will suffer. This is new ground for all of us.”

EPP/ECE’s Jon Peha believes that FCC deregulation of net neutrality could be a major step backwards for rural broadband development.

EPP/ECE’s Jon Peha has been named a senior fellow in the American Library Association’s Office for Information Technology Policy.

Stay up-to-date with each department of Carnegie Mellon’s College of Engineering.

According to EPP/ECE’s Jon Peha, changing the current net neutrality regulations would give ISPs much more power.

This week, as the southern United States is bombarded by some of the most intense storms in the country’s history, business leaders, researchers, artists and NGOs gather in New York City for Climate Week 2017. CMU faculty voice their support of this timely event.