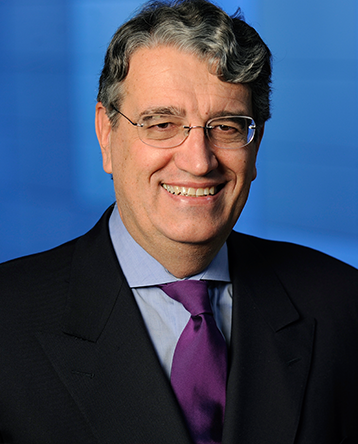 Gligor served the profession as the chair or co-chair of several conferences and symposia, including the ACM Computer and Communication Security Conference, IEEE Security and Privacy Symposium, the Internet Society’s Network and Distributed Systems Security Symposium, the IEEE Dependable Computing for Critical Applications, and IEEE-ACM Symposium on Reliability in Distributed Software and Databases. Gligor was an editorial board member of several IEEE and ACM journals, and the editor in chief of the IEEE Transactions on Dependable and Secure Computing.

The Association for Computing Machinery (ACM) named Gligor as the recipient of its 2011 Outstanding Innovation Award for security and privacy research. The award, bestowed by ACM’s Special Interest Group on Security, Audit and Control, recognized Gligor’s innovations in secure operating systems as well as covert channel analysis, intrusion detection, and secure wireless sensor networks. Gligor also received the 2006 National Information Security Award for pioneering research in information security, an award jointly given by the National Security Agency and National Institute of Standards and Technology in the US. In 2013, Gligor received the IEEE Computer Society Technical Achievement Award for pioneering work and leadership in the area of computer and network security.

The trek towards the holy grail of cybersecurity—a user-friendly computing environment where the guarantee of security is as strong as a mathematical proof—is making big strides.

Virgil Gligor inducted to the Cybersecurity Hall of Fame

CyLab’s Virgil Gligor was formally inducted into the Cybersecurity Hall of Fame this week at the Arundel Preserve Hotel in Hanover, Maryland.

In a breakthrough study, “Establishing Root of Trust Unconditionally,” CyLab researchers Virgil Gligor and Maverick Woo present a test that can be run on any computing device to show whether the device has been infected with malware or not.