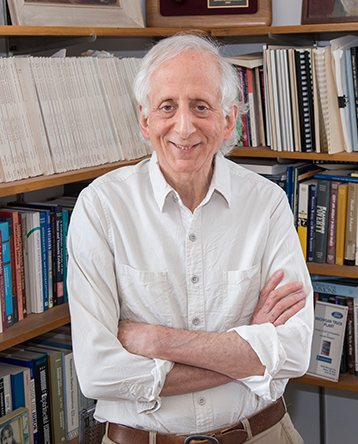 Baruch Fischhoff is the Howard Heinz University Professor in the Department of Engineering and Public Policy and the Institute for Politics and Strategy at Carnegie Mellon University. A graduate of the Detroit Public Schools, he holds a B.S. in Mathematics and Psychology from Wayne State University and an M.A. and Ph.D. in Psychology from the Hebrew University of Jerusalem. He is a member of the National Academy of Sciences and of the National Academy of Medicine. He is the past president of the Society for Judgment and Decision Making and of the Society for Risk Analysis, and a recipient of its Distinguished Achievement Award. He was founding chair of the Food and Drug Administration Risk Communication Advisory Committee and recently chaired the National Research Council Committee on Behavioral and Social Science Research to Improve Intelligence Analysis for National Security and co-chaired the National Research Council Committee on Future Research Goals and Directions for Foundational Science in Cybersecurity and the National Academy of Sciences Sackler Colloquium on “The Science of Science Communication.” He is a former member of the Eugene, Oregon Commission on the Rights of Women, Department of Homeland Security's Science and Technology Advisory Committee, the World Federation of Scientists Permanent Monitoring Panel on Terrorism, and the Environmental Protection Agency Science Advisory Board, where he chaired the Homeland Security Advisory Committee.

Fischhoff is a Fellow of the American Psychological Association (APA), the Association for Psychological Science, the Society of Experimental Psychologists, and the Society for Risk Analysis. He has received APA’s Award for Distinguished Service to Psychology and an honorary Doctorate of Humanities from Lund University. He has co-authored or edited, Acceptable Risk (1981), A Two-State Solution in the Middle East: Prospects and Possibilities (1993), Elicitation of Preferences (2000), Risk Communication: A Mental Models Approach (2002), Intelligence Analysis: Behavioral and Social Science Foundations (2011), Risk: A Very Short Introduction (2011), Communicating Risks and Benefits: An Evidence-Based Guide (2011), Judgment and Decision Making (2011), Risk Analysis and Human Behavior (2011), The Science of Science Communication I (2013) and II [bf1] (2014), and Counting Civilian Casualties (2013).

In the Toronto Sun, EPP’s Baruch Fischhoff commented on a study showing that indecision might be a sign of intelligence.

EPP’s Baruch Fischhoff spoke with Bloomberg about the CDC’s response to Covid. He says that the CDC did not do enough to give people detailed information about Covid risks.

The 2022 Engineering Faculty Awards winners have been announced.

EPP’s Baruch Fischhoff was quoted in the Sacramento Bee on public risk evaluation at the current stage of the COVID pandemic. “What’s generally true is that people do things that they think are worth the effort,” he said.

EPP’s Baruch Fischhoff was quoted in a Washington Post column about public health measures during the COVID pandemic.

EPP’s Baruch Fischhoff was quoted by The Washington Post on why testing for public health guidance around COVID testing is important.

Fischhoff on the ongoing challenge of communicating COVID health risks

Baruch Fischhoff has been named a 2021 Fellow of the American Association for the Advancement of Science (AAAS).

EPP’s Baruch Fischhoff as quoted in AARP on assessing the risk of traveling during the holidays while still in the Covid pandemic.

EPP’s Baruch Fischhoff was quoted in The Christian Science Monitor on scientific communication with the public.

EPP’s Baruch Fischhoff was quoted in the Pittsburgh Post-Gazette on science communication during the pandemic.

EPP’s Baruch Fischhoff was quoted in the Washington Post on making decisions while combating decision fatigue.