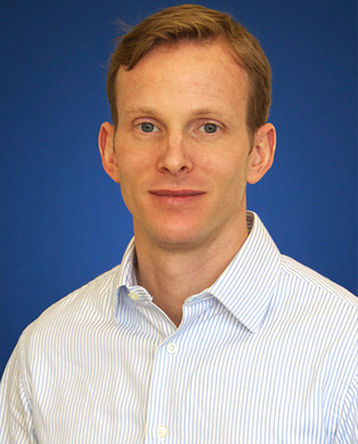 David Brumley is a professor in the Electrical and Computer Engineering Department at Carnegie Mellon University with an additional courtesy in the Computer Science Department. He was previously the director of CyLab, the CMU Security and Privacy Institute. His research focuses on software security.

Brumley received his Ph.D. in Computer Science from Carnegie Mellon University, an M.S. in Computer Science from Stanford University, and a B.A. in Mathematics from the University of Northern Colorado. He served as a computer security officer for Stanford University from 1998-2002 and handled thousands of computer security incidents in that capacity. He is the faculty mentor for the Carnegie Mellon Hacking Team Plaid Parliament of Pwning (PPP), which is ranked internationally as one of the top teams in the world according to ctftime.org. The team was ranked #1 in 2011, #2 in 2012, and #1 in 2013, and won DefCon 2013. Brumley received the USENIX Security Best Paper Award in 2003 and 2007, and an ICSE Distinguished Paper Award in 2014.<

Brumley’s honors include being selected for the 2010 DARPA CSSP program and 2013 DARPA Information Science and Technology Advisory Board, a 2010 NSF CAREER award, a 2010 United States Presidential Early Career Award for Scientists and Engineers (PECASE) from President Obama (the highest award in the US for early career scientists), and a 2013 Sloan Foundation Award.

“We’re thrilled that Draper is building on top of the CMU Binary Analysis Platform, a framework we developed and open-sourced to enable analysis of programs in the machine code representation.”

Over 18,000 people hacked their way through Carnegie Mellon’s annual cybersecurity competition in 2022, including more than 6,000 middle and high school students. The event saw players from all 50 U.S. States and 169 countries, who worked through 65 increasingly difficult challenges as they looked to take home this year’s crown.

CMU’s hacking team, the Plaid Parliament of Pwning, joined forces with the University of British Columbia’s team and researchers from Theori.io to win this year’s DEF CON Capture the Flag competition.

Carnegie Mellon showed off its computer security talent by winning DEF CON’s Capture the Flag competition, the “Superbowl of hacking,” for the sixth time.

At last month’s IEEE Symposium on Security and Privacy, two of three Test of Time Awards—among the most prestigious awards presented—were given to CyLab researchers.

CyLab/ECE’s David Brumley was quoted in DARKReading on the role of officials combatting cybercrime.

CyLab/ECE's David Brumley was quoted in The Washington Post about President Biden’s response to the Russian hacking of SolarWinds software.

ECE/CyLab’s David Brumley was quoted in Dark Reading on getting started in cybersecurity.

CyLab’s David Brumley was interviewed by Tech Republic on fuzzing.

Carnegie Mellon University’s competitive hacking team, the Plaid Parliament of Pwning (PPP), finished in 2nd place in the “Capture the Flag” competition—widely referred to as “The Olympics of Hacking”—at this year’s DefCon security conference.

ECE/CyLab’s David Brumley was interviewed in Tech Republic about DevSecOps, an application from his company, ForAllSecure.