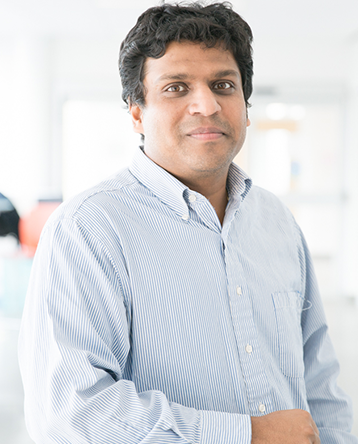 Yuvraj Agarwal is an associate professor of Computer Science at Carnegie Mellon, and the director of SynergyLabs. His lab focuses on research at the intersection of hardware and software systems, and in the recent past his group has focused on energy efficiency, security and privacy as a central research theme. In additional to publications at competitive conferences (MobiSys, Ubicomp, SenSys, IPSN, NSDI, USENIX, Oakland, BuildSys, CHI), SynergyLab specifically strives to build and deploy systems that have real world impact and benefit society. His group leads research around smart buildings, systems for the Internet-of-Things (IoT), privacy and security, and have also had significant impact in mobile computing and energy efficient computing. Several of the systems that Yuvraj and his students have built have been deployed at scale on the UCSD and CMU campuses. The systems that he has built for studying privacy on mobile platforms have been used by hundreds of thousands of users and have had significant industrial impact. Yuvraj is a member of the IEEE, ACM and USENIX.

Ph.D. in Computer Engineering,University of California at San Diego

M.S. in Information and Computer Science, University of California at Irvine

Yuvraj Agarwal, associate professor in CMU’s Computer Science and Software and Societal Systems departments, discusses the need for IoT privacy labels and explains how CyLab is helping pave the way to make it a reality on WOSU's All Sides with Anne Fisher.

Following his talk at the White House’s Internet of Things (IoT) Security Summit, Yuvraj Agarwal, associate professor in CMU’s Computer Science and Software and Societal Systems Departments, was quoted by several media outlets, including Axios, CyberScoop, and Stacey on IoT, among others.

A team of CyLab researchers has proposed a new model of IoT ownership to help alleviate issues of privacy.

Roughly a year after Apple rolled out its privacy label requirements, CyLab researchers have gained a comprehensive look at the state of iOS privacy labels.

“Capture” your IoT devices and improve their security

A team of CyLab researchers have created “Capture,” a software architecture to help protect IoT devices from using code from vulnerable software libraries.

The FTC selected fewer than 20 papers to be presented at this year’s PrivacyCon, and two of them were written by CyLab researchers.

The study, presented at this week’s IEEE Symposium on Security and Privacy, helps bridge the gap between experts’ knowledge and consumers’ understanding of privacy and security risks.

CyLab’s Yuvraj Agarwal was quoted in CNET on online privacy for the average user.