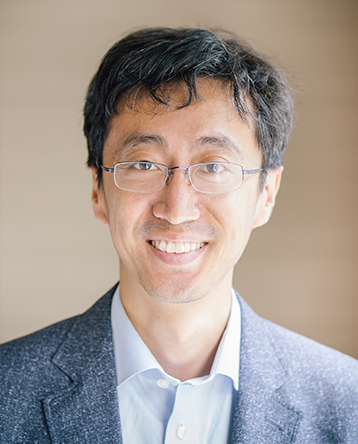 Pei Zhang is an associate research professor in the Electrical and Computer Engineering and Information Networking Institute departments at Carnegie Mellon University. He received his bachelor’s degree with honors from the California Institute of Technology in 2002, and his Ph.D. in Electrical Engineering from Princeton University in 2008. While at Princeton University, he developed the ZebraNet system, which is used to track zebras in Kenya. It was the first deployed, wireless, ad- hoc, mobile sensor network. His recent work includes SensorFly (focused on groups of autonomous miniature-helicopter based sensor nodes) and MARS (Muscle Activity Recognition).

Beyond research publications, Zhang’s work has been featured on popular media including CNN, The Science Channel, Discovery Channel, CBS News, CNET, Popular Science, and BBC Focus. He is also a cofounder of the startup Vibradotech. In addition, he has won several awards including the NSF CAREER Award and Edith and Martin B. Stein Solar Energy Innovation Award, and is a member of the Department of Defense Computer Science Studies Panel.

Sensing the Physical Environment: Preventing Falls in the Elderly

ECE/CMU-SV’s Pei Zhang was featured in Cities Today for his research on using taxis for smart infrastructure.

Pei Zhang has turned a fleet of taxis into a mobile sensing platform to collect data required to develop applications for a smart city.

Carnegie Mellon’s Pei Zhang is part of a team blurring the line between science and magic with a footstep-sensing invention inspired by Harry Potter’s Marauder’s Map.

CMKL Tech Summit 2019 on AI for a Sustainable Future

On December 16, 2019, CMKL University held its third tech summit in Bangkok, Thailand, on the topic of AI for a sustainable future.

CEE’s Mario Bergés and Hae Young Noh and ECE’s Pei Zhang want to use sensors to improve early diagnosis of cognitive decline. By sensing electricity consumption and floor vibration patterns, they can tell the difference between confusion and proficiency in daily tasks. They may be able to use this data to detect warning signs and establish early treatment.

CyLab’s Jun Han discusses his research in determining how IoT devices can pair through sensing the same events in an environment.

These sensors developed by researchers at Carnegie Mellon predict when a patient will fall.

CMU-SV/ECE’s Pei Zhang and CEE’s Hae Young Noh and their students received honors for their work while at the SenSys and BuildSys conferences in Delft, the Netherlands.